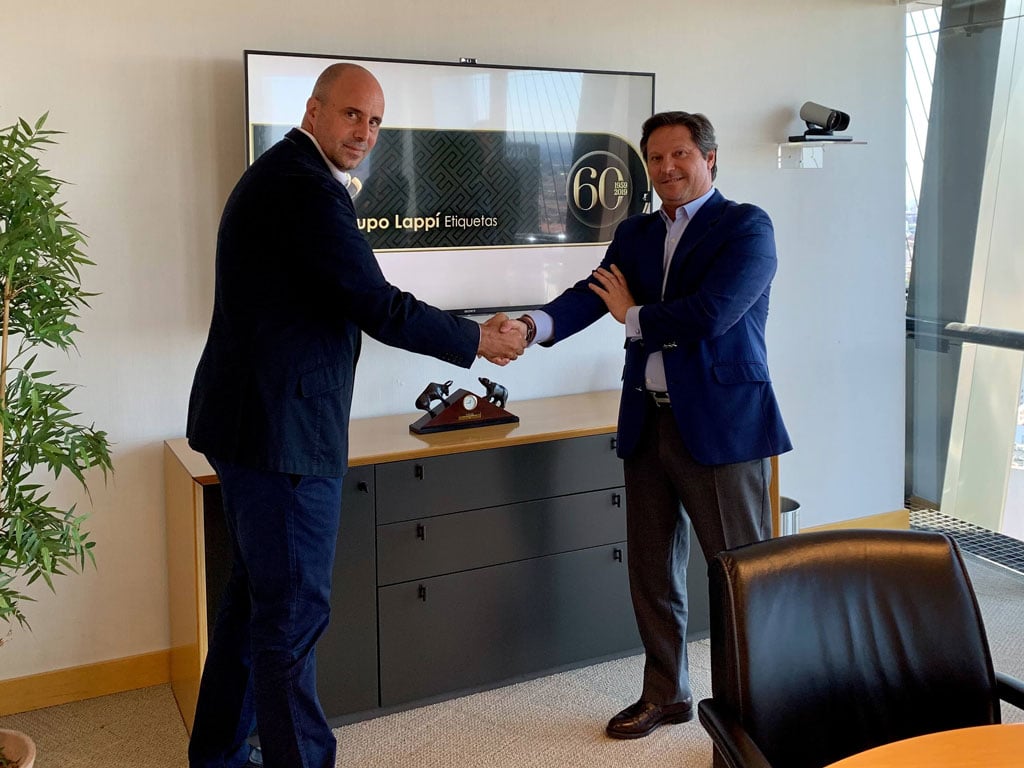 For years, the company founded by Antonio Lappí González was a leader in label printing. Today, 60 years later, its labels are used on all types of consumer products, in particular foodstuffs and beverages, liquor, wines and cava, household products, cosmetics and personal hygiene products.

In 1997, Antonio Lappí Perea became part of the general management team with a new plan for expansion, which began with a relocation to a new 18.000 square-metre site that currently serves as the registered office of the business. It was here that it consolidated its position as a leader in label production in Spain, leading to the creation of what we now know as Grupo Lappí Etiquetas.

Its emphasis on innovation and a clear policy of investment in improvements to technology and productivity have seen Grupo Lappí Etiquetas opt for the offset UV semi-rotational technology of Miyakoshi, acquiring its iconic MLP, which is designed specifically to cater for particular market niches (shorter runs, strict quality requirements, etc.) that combine advanced offset technology, productivity, performance, etc. in a solid and robust construction.

With this acquisition, Grupo Lappí Etiquetas has improved its production capacity, competitiveness and efficiency.

The growth of this business has been given a boost by the acquisition of leading companies in the sector that have come under the Lappí umbrella. This expansion began in 2004 with the acquisition of Gràfiques Martorell and continued in 2013 with the acquisition of Gràfiques Llopart. More recently, Grupo Lappí Etiquetas acquired Gráficas Calipolense S.A., the largest printer of labels for the food sector in Portugal. With this acquisition, Grupo Lappí Etiquetas consolidated its position as the largest group in the sector in southern Europe (Italy, France and the Iberian peninsula) with annual turnover of more than 30 million euros.

With this acquisition, Grupo Lappí Etiquetas will have four plants on the Iberian peninsula (two in Portugal and two in Spain: in Seville in Barcelona) and its current workforce has grown to more than 250 employees.

Furthermore, with the acquisition of Gráficas Calipolense it has consolidated its strategy of internationalisation: apart from Europe and the Americas, they have reinforced their presence in Africa, in particular in countries such Angola, Cape Verde, Mozambique, Benin and Santo Tomé and Príncipe.

Grupo Lappí Etiquetas is the only manufacturer in southern Europe with a presence in all segments of the business. Its portfolio contains the widest range of labelling solutions, with 23 production lines that produce wet-glue (WGL), adhesive (PSL), sleeve and wrap-around sleeve labels (BOPP, PET, PLA, etc.) that bring together the main printing technologies such as offset, FULL HD flexography (UV), serigraphy and digital printing.