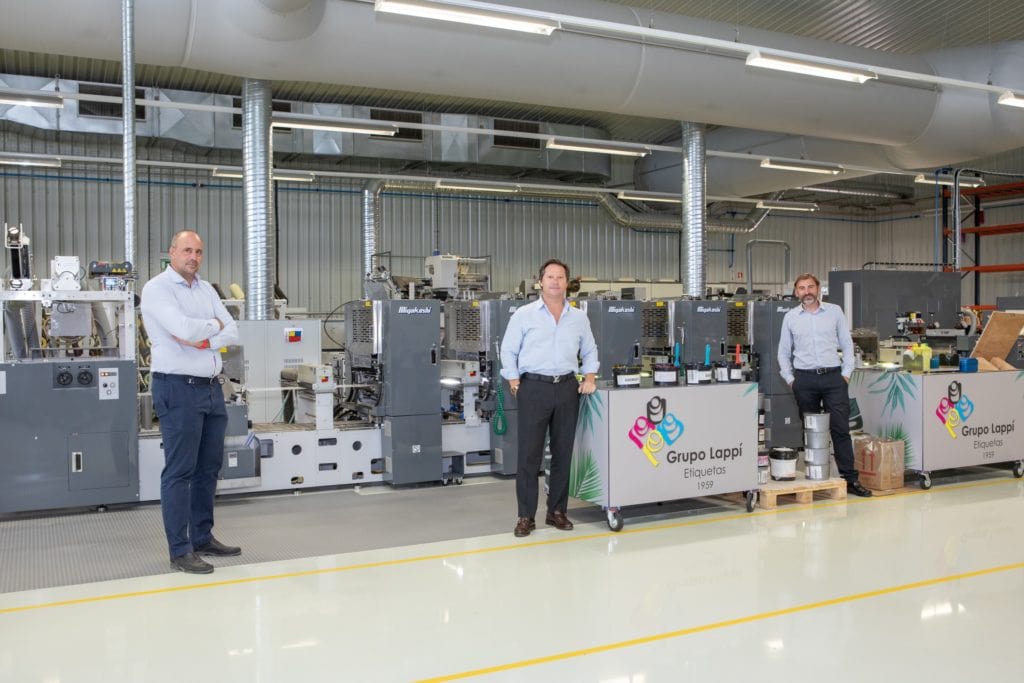 Increasing consolidation among label converters is an established trend, but according to Seville, Spain-headquartered Grupo Lappí, southern Europe is still playing catch-up compared to the north of the continent. With two plants in Spain and now an established production base in neighboring Portugal, the company has set its sights beyond the Iberian Peninsula with ambitious plans for continued expansion.

Its extensive technology portfolio has also been expanded with the addition of semi-rotary offset printing through the installation of a Miyakoshi MLP press.

Founded by current president and CEO Antonio Lappí’s father in 1959, the company moved away from its initial focus on commercial printing and into wet-glue label production in the mid-1970s. In 1990, it added self-adhesive labels to its repertoire. Today, the latter make up 40 percent of production, with wet-glue labels at around 48 percent, and the remainder taken by shrink sleeves and wraparound labels. The vast majority of production – 85-90 percent – is for the food and beverage markets, with small amounts sold for cosmetics, pharmaceutical and household cleaning products.

Antonio Lappí, after a stint at Leeds, UK-based label converter Jarvis Porter, joined his father’s business in 1998. Since then, the company has ramped up its investment in new technology and significantly expanded its local and international footprint.

Grupo Lappí began its expansion from its headquarters in Seville with the acquisition of Barcelona-based label converter Gràfiques Martorell in 2004, then adding Gràfiques Llopart, also in the Catalan capital, in 2013.

International expansion began in 2019 when Grupo Lappí bought Gráficas Calipolense, the largest printer of labels for the food sector in Portugal. The deal brought with it two plants in the country, one dedicated to self-adhesive label production and one specialized in wet-glue labels.

Fifty-three percent of Lappí’s business is generated in Spain and Portugal, with 47 percent from exports. Of the latter figure, 80 percent comes from Europe – particularly Belgium, France, Germany, Holland and the UK; the remainder is export business in South America and Africa.

With the acquisition of Gráficas Calipolense came a client base in Portugal’s former African colonies such as Angola, Cape Verde, Mozambique and São Tomé and Príncipe. Lappí also sells labels to Benin, Equatorial Guinea and Morocco. ‘Various markets in Africa – Equatorial Guinea, for example – are strong for wet-glue and wraparound labels. Wet-glue for beer labels; wraparound for water labels,’ says Antonio Lappí. ‘The pressure-sensitive label market is beginning to grow, albeit from a very low base. But the advantage of wet-glue labels remains – they are much more cost-effective.’

Firmly established as a leading converter on the Iberian Peninsula, Grupo Lappí is far from finished when it comes to further acquisitions, with at least one more likely to be concluded this year. NDA agreements are currently in place with companies in Spain and Portugal, and also in France – a country Antonio Lappí says ‘interests us very much’.

‘If you look at the big label converting groups in Europe, there is a concentration in the north of the continent. Companies in Germany have spread east; others have formed in the north. But there has not be quite so much consolidation in the south. There is potential for a group that covers Spain, Portugal, France and Italy, for example. Southern Europe needs to have a concentration in a similar way to northern Europe.

Can Grupo Lappí become a leading southern European converter group? ‘We want to grow exponentially, both organically and through acquisitions,’ says Lappí.

The company’s ambition is not limited to its home continent, however. ‘We are also looking at the USA as a potential place to open a manufacturing facility. But it could also be a different, more innovative model – putting printing equipment into the factory of a client there, for example. The pandemic has shown us the importance of having local suppliers.’

What does the company look for when deciding to acquire another business? ‘A good balance sheet, of course. But the people are so important. We would never acquire a company that doesn’t already have a talented team in place.’

This focus on people, on personal relationships and local service, is important, but Antonio Lappí is clear that it is only one part of the story. ‘We are in a sector of services, and we are a company of costs. Many converters think they can forget about this, but they can’t. Clients are not hostages to their label suppliers. They are not loyal. It is about costs and efficiency.

Usually, the owners of the companies I visit do not want to sell their businesses, or aren’t actively looking to. But then they see what we are doing and see the threat down the line to the future of their business.’

The threat comes in the form of Grupo Lappí’s relentless focus on continuous improvement. ‘Lean manufacturing, efficient management and production – it is super important. We develop it every day. Companies who are professionalised and efficient can flourish.’

Grupo Lappí prides itself on adaption and innovation. ‘We are constantly changing our ways of working,’ says Antonio Lappí. ‘Any roadblock that appears, we try to see the positive side – where is the opportunity?’ This attitude extends to the pandemic, and one gets the impression that Lappí has relished the challenge of adapting to such difficult circumstances. ‘The 2008 crisis taught us to be professional and gave us experience for this type of situation,’ he explains. ‘We have become even more efficient as a result of the pandemic. More agile and more flexible. We have invested a huge amount in the automation of our processes and in improving lean manufacturing. The pandemic has propelled us towards Industry 4.0 far quicker than would have happened without it.’

The company developed a mobile app for internal use during the pandemic. Available in Spanish and Portuguese, it is used by all the company’s 250 employees, advising on changes and keeping staff informed of developments. ‘We have adapted really well to the situation,’ says Lappí. ‘Communication is key to improving processes.’

This online savvy extends to social media, which has also become a key tool for the company. During the pandemic, it hosted an open house which it live-streamed from the factory. It has created a Twitter feed – #LabelHub – where it shares live modifications with clients and designers.

Grupo Lappí reviews its printing technology suppliers every seven years, so decisions to invest in new machinery are not taken lightly. The converter runs 23 production lines across its plants, forming close relationships with the suppliers of equipment for each printing process. It can count on a wide range of printing technologies – including flexo and UV flexo, offset (both rotary and semi-rotary), digital, and silkscreen – and a multitude of finishing options.

For wet-glue label production, it relies on a fleet of nine 6-color Heidelberg Speedmaster presses. For digital printing, it runs two HP Indigo presses, one 6900 and one 6800. Four Nilpeter machines cover Lappí’s flexo printing requirements – two more have already been pencilled in for installation over the next 2-3 years. The latest flexo addition was a Nilpeter FA-17 press in late 2019, installed by the Danish press manufacturer’s long-standing Spanish distributor Esagraf.

The most recent addition to its printing arsenal is a semi-rotary offset press from Miyakoshi (see boxout). Regarding future investment, according to Antonio Lappí the company is currently evaluating ‘different digital printing technologies to see if they might be able to complement the offering from the HP Indigo presses’.

The newest addition to Grupo Lappí’s production capabilities comes in the form of a Miyakoshi MLP semi-rotary offset press.

The Japanese press manufacturer’s Madrid-headquartered European subsidiary, Miyakoshi Europe, was established in 2015. Its semi-rotary offset technology has been well-received in the European market, with 52 installations across the continent and 21 in Spain and Portugal alone. Miyakoshi Europe has set up a distributor network throughout the continent.

‘We wanted a semi-rotary offset machine for the quality the technology can produce and its capacity for short runs,’ explains Antonio Lappí. ‘We were clear about the configuration that we wanted. The machine’s efficiency would be key, because of increasing demand for shorter runs and the need to be agile to ensure quick delivery to our customers. We wanted offset, but semi-rotary in particular with high speed and great agility.’

Thanks to a good existing relationship with OMC, Miyakoshi Europe’s distributor in Spain, Lappí tested the Japanese manufacturer’s MLP semi-rotary offset press. ‘We test four things initially – quality, flexibility, speed and stability of production,’ reveals Antonio Lappí. ‘Then, we look at the stability of the after-sale service. We are careful – we are looking for a partner for many years. The Miyakoshi MLP surpassed our expectations in the tests.’

The Miyakoshi MLP press features five semi-rotary offset units and two flexo, for applying varnish. It can print on film and paper substrates. Productivity and flexibility are enhanced by a repeat length of up to 406.4mm and 121m/min running speed.

Since installation in late 2019, the press has made a sufficiently positive impression at Grupo Lappí that the converter has ordered two more machines for installation over the next two years. According to Antonio Lappí, the MLP’s quality and efficiency were key factors in the investment. ‘In every moment, we are always trying to make the job more and more efficient,’ he says. 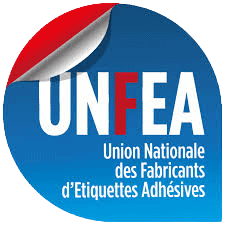